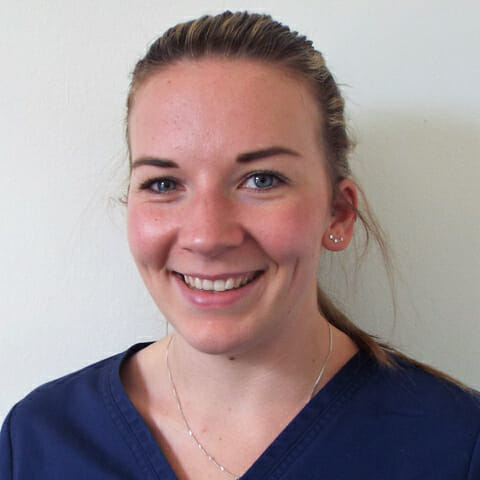 Rachael graduated from the University of Liverpool in August 2017, and started working at Springfield Veterinary Group that September. Previously she completed a lot of her placement at our Richmond Road practice, so she was already a familiar face! Rachael particularly enjoys medicine, especially feline medicine.

Outside of work Rachael is a keen runner, completing her first marathon in 2018, and enjoys meeting friends for brunch. She has two cats, China and Luna, the second of whom was adopted through work as a tiny kitten. Rachael also has two guinea pigs.

COVID-19Update
We are working safely and will continue to provide care for your pets during the COVID-19 pandemic including local and national lockdowns. To help us with our new ways of working and to keep us all safe, please do not attend the practice unless you have called us first and have a pre-booked appointment. Thank you.
Order repeat prescriptions
X